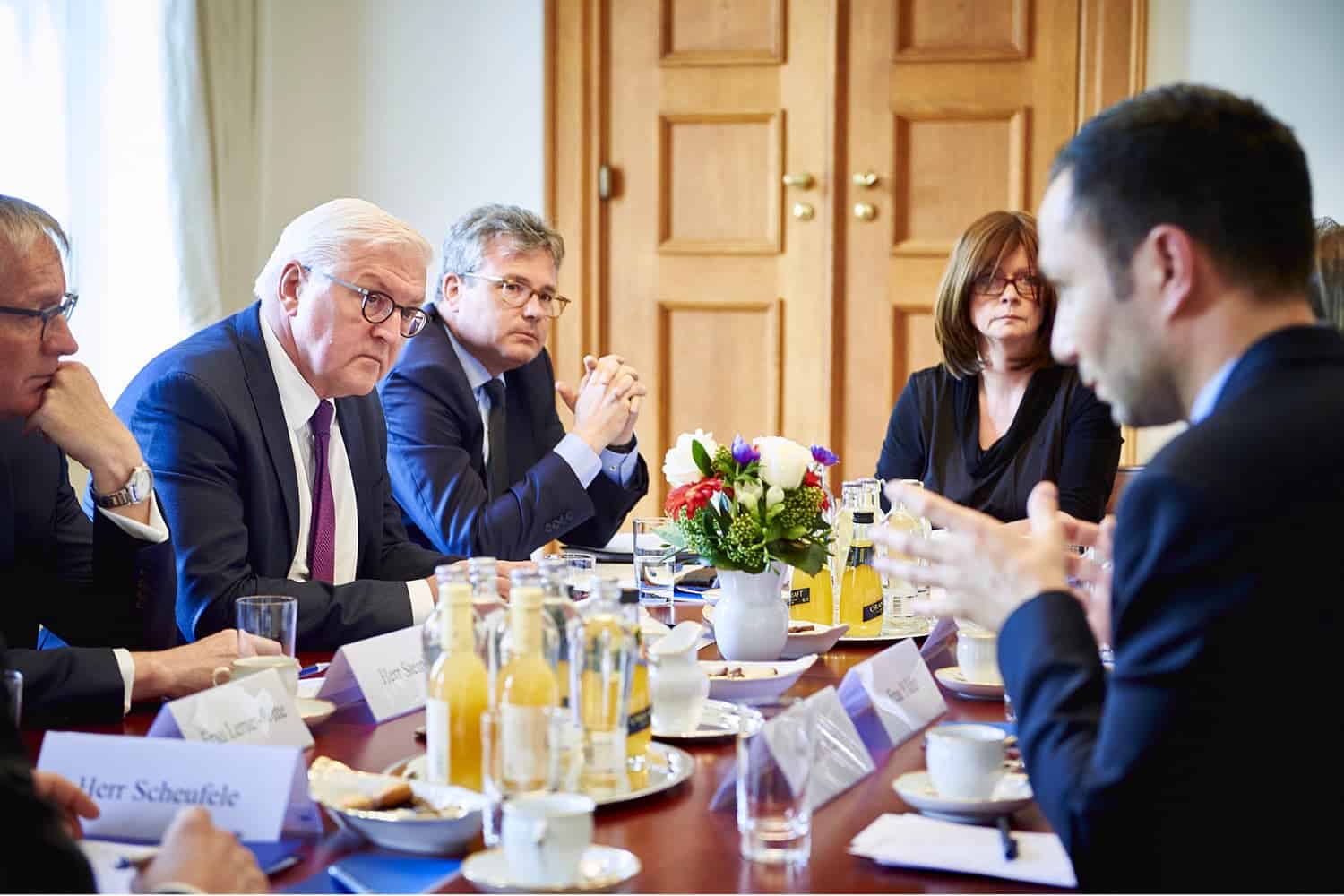 The Alevi Federation Germanye.V.(Turkish: Almanya Alevi Birlikleri Federasyonu, abbr.: AABF) is the only umbrella organisation of the Alevis living in Germany and is representing the interests of the 160 member organisations throughout Germany. Hence, the AABF is entitled to the sole and exclusive representation of the mostly from Anatolia originating Alevis living in Germany. It is one of the biggest organisations founded by people with a migratory background in the Federal Republic of Germany and with about 700 000 members one of the biggest religious communities in Germany.

The AABF-associated local organisations are involved in various ways in the cities and municipalities: numerous educational, advisory, cultural, athletic and religious offerings are part of the regular programmes and are considered as an offer to all people in the region, regardless of their origin or religion. In close co-operation with the common local institutions and true to the idea Together for Diversity, the Alevi organisations practice a social community. By article 7 paragraph 3 of the Basic Law, the Alevi Federation Germany is an acknowledged religious community and represents the interests of its association members as an appointed member of the German Islam Conference as well as the integration summit of the federal government.

Human dignity shall be inviolable – a daily challenge

Human dignity does not distinguish between man and woman, between people with and without migratory background, between abled and disabledreligious and non-religious people or between hetero-, homo or transsexuality. Nevertheless, we still experience, witness and learn about humans being degraded, excluded and discriminated or even experiencing violence due to their faith, ethnicity, world view, sex, sexual orientation or disability day-to-day. As Alevis we know the sorrow of persecution, disdain and discrimination, which many are still subjected to in Turkey today. Therefore it is our duty to raise our voice and commit ourselves anywhere, where humans are violated in their dignity. It is a daily challenge, which we face in the everyday life as well as in our associations’ and project work.

We want to create change – Together for Diversity

In accordance to our statute and our lived idea Together for Diversity, we are working on creating spaces for action and discourse serving the goal of a peaceful and tolerant coexistence of people of different faiths, cultural and ethnical background as well as different way of lives, whether it is within the association via training courses or advisory offerings or via our project work. As an organisation, we want to help shaping the change process to more equality and equal treatment and be an audible voice.

One voice, advocating for the inviolability of the human dignity.
One voice, voting against discrimination and racism.
One voice, fighting for a diverse, peaceful and cosmopolitan coexistence.

How you can reach us.